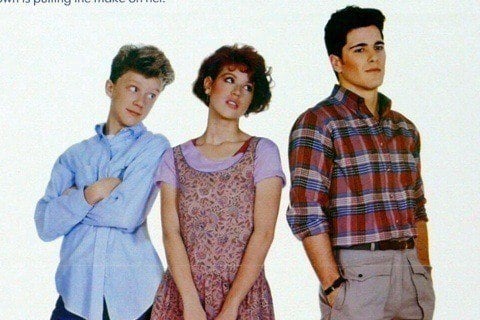 The John Hughes film follows a young lady on her sixteenth birthday which is being overshadowed by her sister's wedding. The teen is in love with an older senior and never notices the boy who has always paid her attention.

Molly Ringwald and Anthony Michael Hall were both sixteen years-old when the movie was released. The film marks John Hughes' directorial debut.