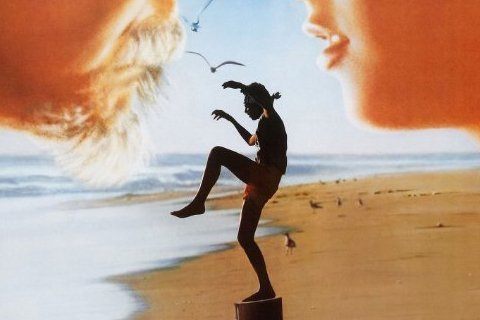 A martial arts master mentors a bullied teenager in the art of self-defense.  In 1985, Pat Morita was nominated for an Oscar for Best Supporting Actor for his role in the film as Mister Miyagi.

Director John G. Avildsen also directed the movie Rocky which has the same underdog format of which Karate Kid is based.