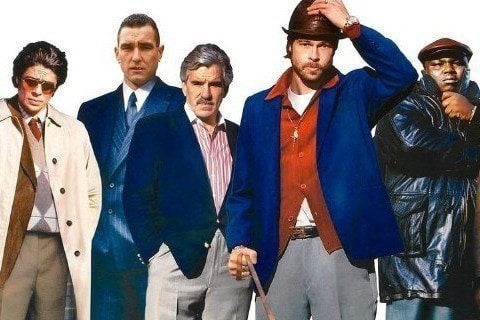 As one group of incompetent amateur robbers and supposedly Jewish jewelers hunt down a stolen piece of jewelry, a boxing promoter must save himself from an angry Russian gangster. Guy Ritchie wrote and directed the film.

Director Guy Ritchie makes a cameo in the film in the back of the bar scene. It is said that Brad Pitt did not wash very often in order to feel like his scummy character, Mickey.