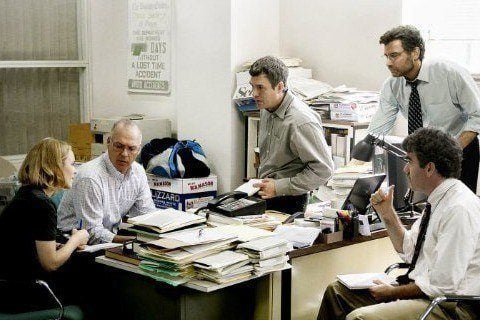 Two-time Academy Award winning film about the Boston Globe's reporting on a child molestation scandal within the Catholic Church.

All of the journalists in the film only use blue pens. Michael Keaton, who plays Walter Robinson in the film, spent time with Robinson to learn how to portray him properly.