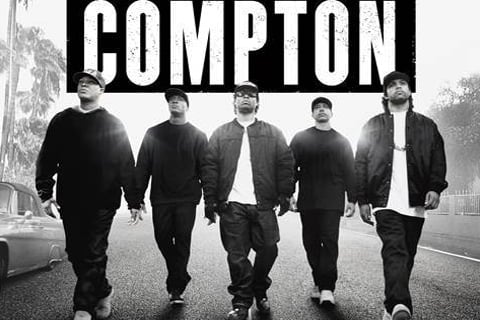 This film follows the true story of the rise of the hip-hop group N.W.A. The film is titled after N.W.A's 1988 debut studio album of the same name.

The movie focuses on members Eazy-E, Ice Cube, and Dr. Dre. The film was nominated for the Academy Award for Best Original Screenplay.