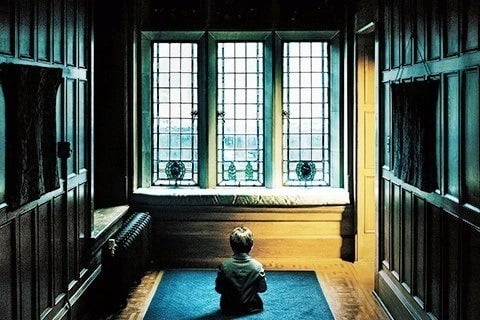 An American nanny cares for an English boy who may or may not be a life-sized doll. The movie spawned a sequel titled Brahms: The Boy II.

The movie was filmed in British Columbia, Canada. The original title for the film was called In a Dark Place, but was later changed.