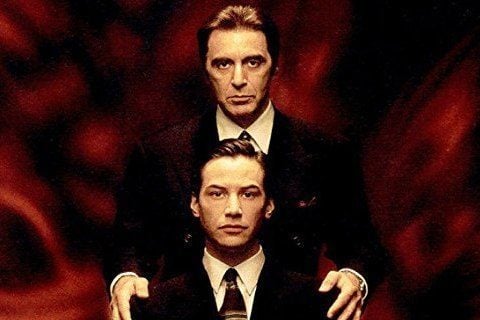 A young defense lawyer takes a job with a high stakes firm in New York where his wife starts to have dark visions and his boss slowly reveals himself to be eviler than he originally appeared.

Al Pacino was nominated for Best Villain at the MTV Movie Awards. The film is based on the book of the same name by Andrew Neiderman.