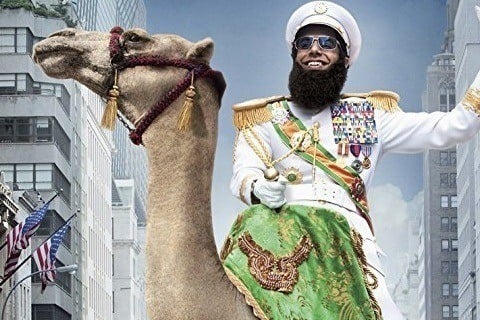 The black comedy satire film follows General Aladeen, the man who has been dictator of a North African country since he was six, going to New York City in order not to be assassinated by his people.