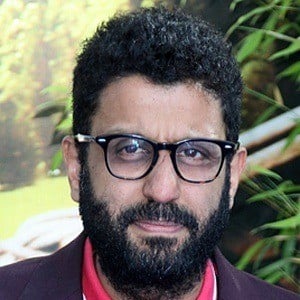 Movie, television and stage actor who landed starring roles in the television movie Murdered by My Father (2016), the AMC mini series The Night Manager (2016) and the 2015 prequel to Peter Pan entitled Pan.

His role in the television series Utopia earned him a nomination for Best Supporting Actor at the British Academy Television Awards.

His is of Pakistani and Kenyan ancestry.

He had a guest role on an episode of the TV series Law & Order: Criminal Intent which stars Vincent D'Onofrio.