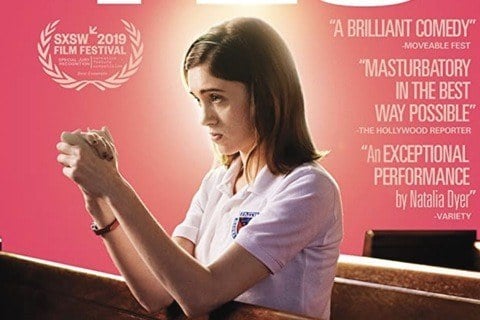 A conservative Catholic teenager catches herself having impure thoughts after participating in a sexy online chat. The film marks the directorial debut of Karen Maine, who wrote and directed a short film of the same in 2017.

The film was first shown at the SXSW Film Festival on March 8, 2019. It was released through video-on-demand amidst the COVID-19 pandemic. Upon its release, the film was played at select drive-in theaters.