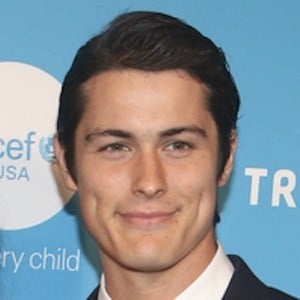 Actor who plays Drew in the 2018 film Sierra Burgess Is a Loser and Nick in the 2020 film Feel the Beat. He also appeared as Dave in the 2018 action comedy Assassination Nation.

He guest-starred in a 2018 episode of the TV comedy Grown-ish. He was cast as the romantic lead Patch Cipriano in the romance film Hush, Hush in August 2018.

His mother Cortney Novogratz and father are reality TV stars Robert Novogratz. He has six siblings, who have been featured on their family's HGTV series House of Novogratz.

He appeared alongside Shannon Purser in the 2018 Netflix film Sierra Burgess Is a Loser.