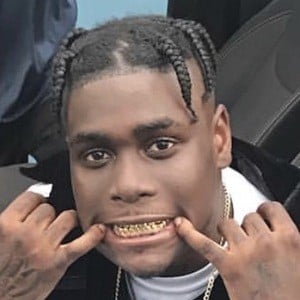 Debuting in 2014, this rap artist made waves on the internet with his singles "Aye Girl" and "Make It Happen." He released a debut album in April of 2015 called Young Hustla.

He dreamed of playing in the National Football League, but was forced to give the dream up after a number of occurrences in his life.

He was born Selassie Irie in Fort Lauderdale, FL, and grew up with parents who were both reggae artists. He has a brother.

Kodak Black was featured on his hit single "Make It Happen."

1wayfrank Is A Member Of