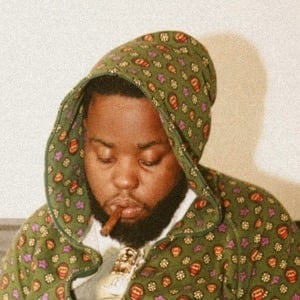 Atlanta rapper, singer, DJ, and producer who rose to fame for his hit "What You Like" featuring big time artists such as Ty Dolla Sign and Wiz Khalifa. Other notable songs include "Time," and "Count Me Out." He's also known for his OPEN EP.

He started making music at the age of 18, but didn't get recognized as an artist until signing with So So Def Records in 2013.

He's the owner and founder of the PCR label. His Soundcloud account had eclipsed over 100,000 followers by early 2022.

His younger brother is rapper Madeintyo, whom he's collaborated with several times, including their hit "Uber Everywhere."

He lived with rapper Lil Scrappy upon first moving to Atlanta.

24hrs Is A Member Of