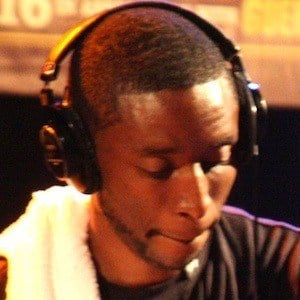 Record producer who has worked with some of the biggest names in hip-hop, including Drake, Wale, Mary J. Blige and Kendrick Lamar. He also raps under the alias 9thmatic.

He got his start as the main producer for the hip-hop group Little Brother. His work with the group led to him being given the opportunity to produce music for Jay Z's Black Album in 2003.

In 2007 he was named Artist-In-Residence by the Chancellor of North Carolina Central University, where he began teaching a Hip-Hop History class.

His real name is Patrick Denard Douthit. He is from Midway, North Carolina.

In 2010, he and rapper David Banner released the collaborative album Death of a Pop Star.

9th Wonder Is A Member Of