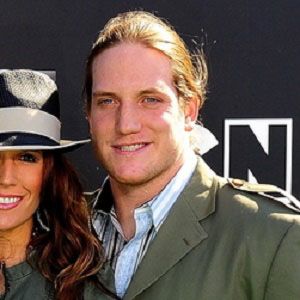 NFL linebacker who was drafted fifth overall by the Green Bay Packers in 2006. He was named to his first Pro Bowl in 2010 and he helped the Packers win Super Bowl XLV. After spending his first nine seasons with the Packers, he signed with the Cincinnati Bengals in 2015.

He starred as a two-time All-American linebacker at Ohio State University from 2002 to 2005 under head coach Jim Tressel.

He compiled 922 tackles and 19 sacks during his nine years in Green Bay.

He has a son with his wife Laura Quinn Hawk.

He married the sister of NFL quarterback Brady Quinn.

AJ Hawk Is A Member Of