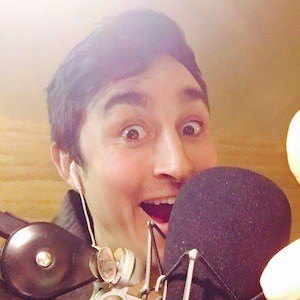 YouTube gaming personality who is widely known for his Aaerios channel's content. He has gained popularity there for his sports game playthroughs, highlights, and montages, including for the NBA 2k and Madden franchises.

He has amassed more than 40,000 subscribers to his YouTube channel. One of his most popular videos there, "SEATTLE SONICS EXPANSION DRAFT! - NBA 2K17 Sonics MyLEAGUE [Ep. 1] (NBA 2K17 Gameplay)," has earned more than 60,000 views.

He and LostNUnbound are both known for their sport gaming commentary posted to YouTube.

Aaerios Is A Member Of