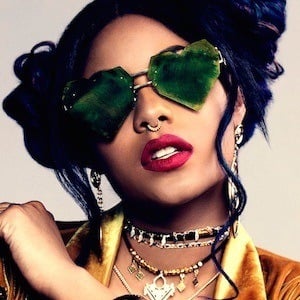 Pop singer who signed to RCA Records and released the single "Burn Break Crash." She originally rose to fame for her covers of popular songs on her YouTube channel Official Aanysa.

She gained prominence on YouTube after her cover of Sam Smith's "Stay With Me" went viral.

Her YouTube channel has exceeded over 160,000 subscribers since its creation.

She travels a lot for her music but is based in Los Angeles.

She met Miguel at the BET Awards after party and called him one of her favorite vocalists.

Aanysa Is A Member Of