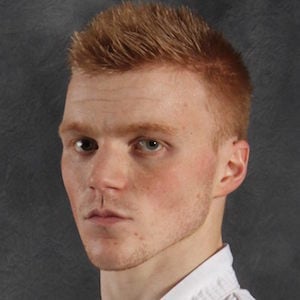 Martial artist who is widely known for his GingerNinjaTrickster channel's content. He has gained widespread popularity there for his taekwon-do training tutorials, as well as samplings of kicking and tricks. He was also a stunt performer on the 2016 film Eliminators.

He obtained his third degree black belt in the martial art of taekwon-do in May 2015. He has also amassed more than 1.4 million subscribers to his YouTube channel.

His father Gary and sister Leanne have also both practiced martial arts. His first daughter Sophia was born in October 2012, followed by his second daughter Mya in November 2015.

He and Shane Fazen are both known for their martial arts-centric YouTube channels.

Aaron Gassor Is A Member Of