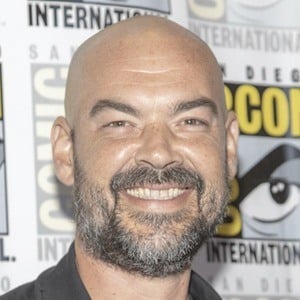 He worked as a cameraman for the Ultimate Fighting Championship before gaining reality TV fame.

He was once filmed being possessed in Bobby Mackey's Music World in Kentucky.

He, like Dhani Jones, gained fame from Travel Channel reality shows. He competed against Brian Quinn on Before The Shadows.

Aaron Goodwin Is A Member Of