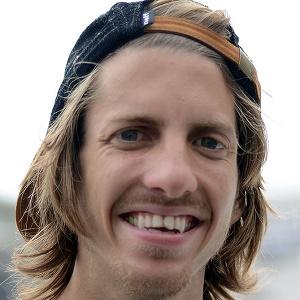 Nicknamed "Jaws," he turned professional as a skateboarder for Birdhouse Skateboards when he was 21 years old. He earned a silver and bronze medal at X Games Los Angeles 2012 in the SKB Real Street and SKB Game of SK8 events, respectively, and another bronze at X Games Austin 2014 in the SKB Park event.

He made his debut in X Games competition at X Games 2008, where he earned an 11th place finish in the SKB Park event.

He was born in Phoenix, Arizona.

He has competed against Andy Macdonald in X Games SKP Park events.

Aaron Homoki Is A Member Of