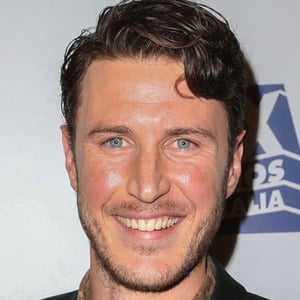 Rising actor who has gained a large following for playing the role of Ander Elessedil on The Shannara Chronicles. He previously appeared in more than 30 episodes of Neighbours between 2009 and 2013.

He began to book professional roles around 2010 when he was cast in a movie called The Ballad of Des & Mo.

In 2012, he played Yuri in Conspiracy 365 and portrayed Sabinus in several episodes of Spartacus: War of the Damned the following year.

He is from Melbourne, Australia. He has a sister named Clare and a brother who performed with a band called Red Ink.

He landed a series regular role in The Shannara Chronicles alongside Manu Bennett.

Aaron Jakubenko Is A Member Of