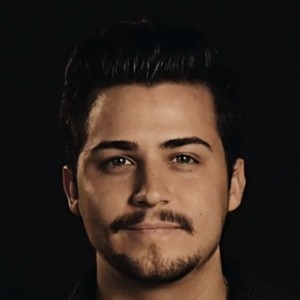 Singing since the age of 3, he had high expectations for himself upon entering the third grade with aspirations of being on Broadway or in Hollywood and becoming a star.

His management team launched his website in August of 2002 and helped him release his EP, Red White & Blue, at that time as well. He has a net worth f $1.6 million.

He is the second oldest of 6. All of his sibling's names begin with the letter "A." His brothers are Adam and Ammon and his sisters are Annalise, Abigail, and Ariel. He is Italian-American. His wife's name is Rachel Bower.

At the age of 13, he won the Utah American Idol contest, but could not move on to perform for Paula Abdul, Simon Cowell, or Randy Jackson because of his young age.

Aaron James Karr Is A Member Of