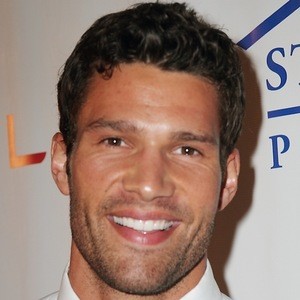 American actor and model most famous for his role as Wyatt Cryer on the OWN series The Haves and Have Nots. He has modeled for brands like Hanes, Ralph Lauren and Abercrombie & Fitch.

He attended Cathedral High School. He received a Bachelor's degree in Health and Fitness from Purdue University's College of Health and Human Sciences in 2008.

He was cast in The Haves and Have Nots after being spotted by Tyler Perry in a commercial for Liquid-Plumr.

He has sisters named Amy, Abby and Anna. He has dated model Natalie Pack.

He began appearing alongside Tika Sumpter on The Haves and Have Nots in 2013.

Aaron O'Connell Is A Member Of