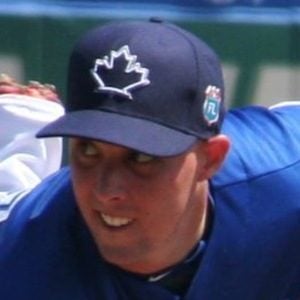 2016 American League ERA leader (3.00) as a member of the Toronto Blue Jays who finished 7th in Cy Young Award voting that season. He made his MLB debut in July of 2014 against the Boston Red Sox.

He was a first round selection of Toronto in the 2010 MLB Draft.

He was a replacement of Craig Kimbrel in the 2016 All-Star Game.

His birth mother Lynn Shipley left his biological father, Frank Sanchez, while she was pregnant with him. His mom later married Mike Shipley, a former MLB pitcher.

He was coached by manager John Gibbons for the Toronto Blue Jays.

Aaron Sanchez Is A Member Of