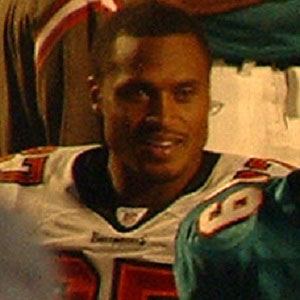 Former pro running back who won a Super Bowl with the Tampa Bay Buccaneers in 2003 and was voted NFL Europe's offensive MVP in 2000.

He played college football at Western Illinois University, where he set a record for all-time rushing yards despite only playing two seasons.

His last season in the NFL came with the Atlanta Falcons in 2009.

He has a daughter named Skylar and a son named Dorsett.

Aaron Stecker Is A Member Of