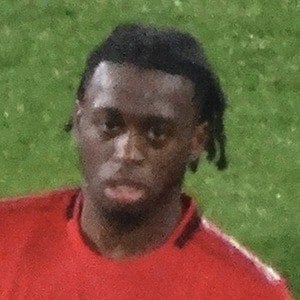 Right back who has risen to fame for his play in England's Premier League for Crystal Palace, with whom he debuted in 2017. He was named the club's player of the year in 2018-2019.

He is of British and Congolese descent.

He and Luka Milivojević have played as teammates for Crystal Palace.

Aaron Wan-Bissaka Is A Member Of