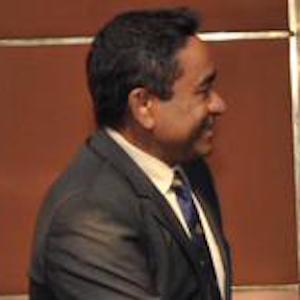 This Progressive Party politician took office in late 2013 as sixth president of the Maldives. His older brother, Maumoon Abdul Gayyoom, had held the same office from 1978 until 2008.

After earning a business degree from the American University of Beirut and a public policy degree from California's Claremont Graduate University, he served on the Maldives' People's Majlis legislative body.

He carried out several important initiatives of the Maldives' State Electric Company.

He was born in Malé, the Republic of Maldives, to Attorney General Abdul Qayyoom Ibrahim.

He succeeded Mohammed Waheed Hassan as President of the Maldives.

Abdulla Yameen Is A Member Of