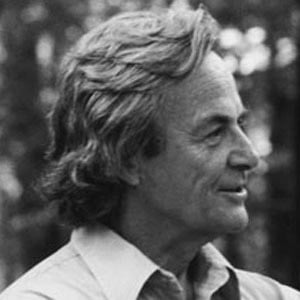 American theoretical physicist who worked on electrodynamics and contributed to the development of the atomic bomb as a part of the Manhattan Project. He received the Nobel Prize in Physics in 1965 for his work in developing quantum electrodynamics.

He started talking relatively late, after age 3, a trait he had in common with several other prominent physicists.

While working at the cutting edge of science, he maintained a common touch with books popularizing and explaining physics.

His father encouraged both him and his sister, who also became a physicist, to challenge conventional wisdom.

He studied physics in Princeton, alongside another great physicist of the age, Albert Einstein.

Richard Feynman Is A Member Of