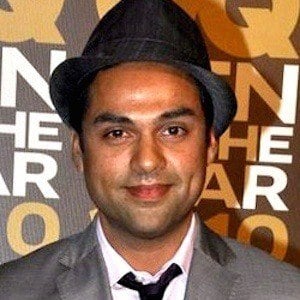 Well known for appearing in Hindi language films in Bollywood, he garnered acclaim for his role in Zindagi Na Milegi Dobara, earning a Filmfare Award for Best Supporting Actor nomination. Other notable roles of his have come in the films Chakravyuh, Shanghai and Raanjhanaa.

He was involved in theater since school, but fully committed to acting when he was 18 years old. He made his debut an actor in 2005 in the film Socha Na Tha.

He had to train to be a deep sea diver for his role in Zindagi Na Milegi Dobara.

He was born into a family of actors. His parents are Ajit Singh Deol and Usha Deol.

He is the nephew of actor Dharmendra.

Abhay Deol Is A Member Of