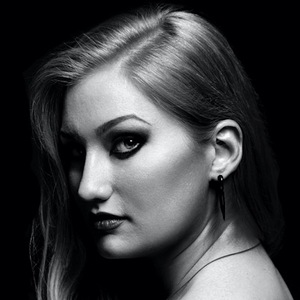 American artist and illustrator who has gained fame thanks to her art, which has been featured in galleries from New York City to LA and from Madrid to Paris. She has worked with publishing houses such as IDW Publishing, Titan Comics, One Peace Books, Pelican Books, and 3DTotal.

Before she became an illustrator she dreamed of having a career as an opera singer and working in the circus.

She has 170,000 total followers on Instagram. She won a Hugo Award for Best Professional Artist in 2016.

Originally from the U.S., she later moved to Italy. She was first introduced to art by helping her mother, who worked as a seamstress, at a young age.

She has listed Tim Burton as one of her primary influences.

Abigail Larson Is A Member Of