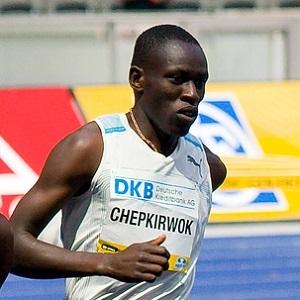 Middle distance runner who made his Olympic debut at the 2008 Summer Games in Beijing.

He won a bronze medal in the 800 meter race at the 2006 World Junior Championships.

He was born in Kapchorwa, Uganda.

At the 2006 World Junior Championships he finished right behind Jackson Kivuna and champion David Rudisha.

Abraham Chepkirwok Is A Member Of