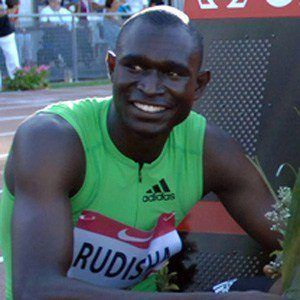 He won gold in the 800 meter race at the 2006 World Junior Championships.

His parents Daniel and Naomi were both competitive track and field athletes.

David Rudisha Is A Member Of