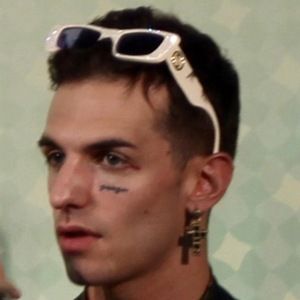 Rapper who took part in the Beijing Express program in 2017 with producer Edoardo Manozzi. They made it to third place. He signed to Sony Music in October 2017. He has more than 1.7 million followers on his achilleidol Instagram account.

He recorded his first mixtape Barabba in 2012 and his second, Harvard, a few months later.

His third studio album Mother Boys came out in 2016.

He moved in with his brother at the age of ten who was a part of the rap collective Quarto Blocco.

He was signed by fellow rapper Marracash's label Roccia Music in 2014.

Achille Lauro Is A Member Of