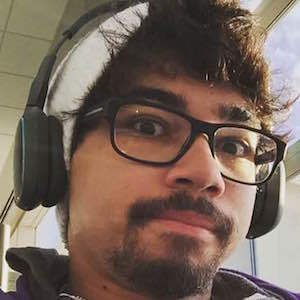 Video gamer and web star named Geo with large followings on both Twitch and YouTube. He publishes walkthroughs of games such as Borderlands, Skyrim, Splinter Cell and more.

He launched his YouTube channel and began streaming on Twitch in 2012.

His Instagram feed is full of photos of food and pictures of him and his girlfriend. He has more than 170,000 followers on Twitch and over 40,000 YouTube subscribers.

He began dating his girlfriend in June of 2014.

He is a friend of fellow internet personalities Max Gonzalez, EatMyDiction1 and several others.

Actabunnifoofoo Is A Member Of