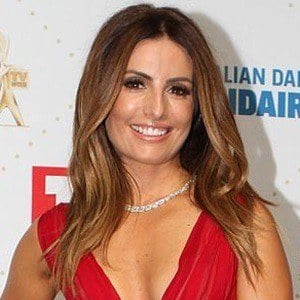 Three time Logie Gold Award nominee who is known for her role as Leah Patterson-Baker on Home and Away. Her first TV credits came on the show Police Rescue in 1995 as the character Anastasia Skouras.

Growing up, she attended the Johnny Young Talent School in Australia, where she learned to sing, dance and act. She made her acting debut with a recurring role on Heartbreak High in 1994.

She became the host of the series Please Marry My Boy in 2012. In 2005, she competed on and won the 3rd season of Dancing with the Stars with partner Aric Yegudkin.

She had a cameo role as the white rabbit girl in the Matrix with Keanu Reeves.

Ada Nicodemou Is A Member Of

Home and Away
The Matrix
45 Year Olds
Soap Opera Actresses