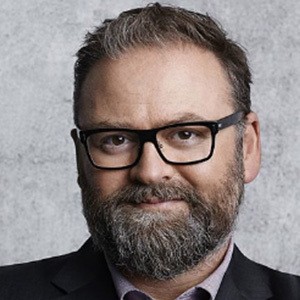 Swedish television and radio host who was best known for hosting the Kanal 5 series Big Brother Sweden. He was also known for his work hosting the Swedish version of the game show Jeopardy! and his own talk show Adam Live.

His career as an entertainment personality first began to appear in high school when he worked as a DJ for a local Karlstad radio station. After graduating high school, he landed a job with Swedish radio where he hosted the program Antligen Morgon.

He was featured and interviewed in Aftonbladet Magazine in August of 1998 where he discussed hosting his own television show Adam.

He was born and raised in Karlstad, Sweden. He had two children.

Adam Alsing Is A Member Of