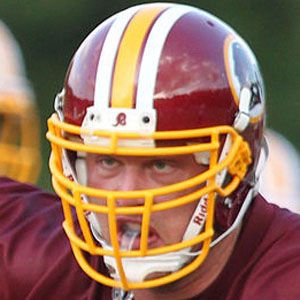 Defensive end drafted 13th overall by the Rams in 2007 went on to sign with the Washington Redskins in 2010.

He showed promise in multiple sports at Kennewick High School, including baseball, track & field, and boxing.

He was named the Big 12 Defensive Lineman of the Year during his senior All-American season at the University of Nebraska.

He is the son of David Carriker.

He was named the Rams Rookie of the Year in 2007, quarterback Sam Bradford would earn the same honor in 2010.

Adam Carriker Is A Member Of