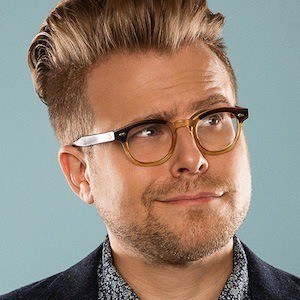 Stand-up comedian who landed his own television series on truTV called Adam Ruins Everything. The show is based on the CollegeHumor series of the same name.

He graduated with a bachelor's degree in philosophy from Bard College, where he created the sketch comedy group Olde English. He became interested in theater back in high school. He began working for CollegeHumor in 2012.

He was born in Wading River, New York to parents David and Margaret Conover.

He has provided several voices for the Netflix original series BoJack Horseman, which stars Will Arnett.

Adam Conover Is A Member Of