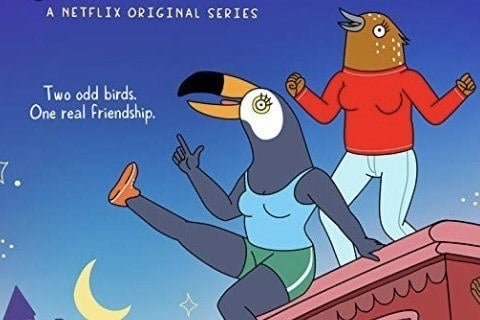 Adult comedy series about two 30-year-old bird-women who were roommates and continue to be best friends living in the same building. The show was created by Lisa Hanawalt.

BoJack Horseman creator Raphael Bob-Waksberg served as an executive producer on the series and was a co-writer on the pilot's teleplay along with Hanawalt. It was canceled after just one season.