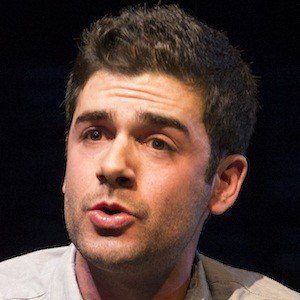 Broadway musical star who first rose to fame playing Mark in the closing run of RENT. He then went on to appear in Next to Normal and the revival of Fiddler on the Roof.

He graduated from Northwestern University in 2008 before entering the closing cast of RENT and appearing in Rent: Filmed Live on Broadway.

He has starred in a number of off-Broadway shows including Avenue Q, Falling for Eve, and The Last Five Years.

Born in Great Neck, New York, he later settled in the heart of New York City.

In 2008's Rent: Filmed Live on Broadway, he appeared alongside Tracie Thoms, who starred in the film adaptation of the hit musical.

Adam Kantor Is A Member Of