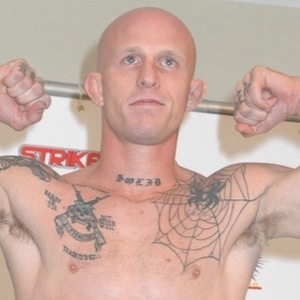 Retired mixed martial artist who finished his career in 2012 with a record of 17-10. He spent most of his career in smaller promotions, but also spent time in the WEC, Strikeforce, and the IFL.

He grew up playing hockey in high school. He started wrestling in the early 2000s and had his first career MMA fight in 2002.

He originally retired in 2007 and opened a gym. Then, with money tight, he returned to fighting in 2010 and won his next six fights. He retired again in 2012 after losing twice in a row to Mukai Maromo.

He grew up in Pittsburgh, Pennsylvania but fought out of San Clemente, California.

He fought some well-known fighters during his career, including Josh Thomson, Nick Diaz, and Jay Hieron. However, he lost to all three.

Adam Lynn Is A Member Of