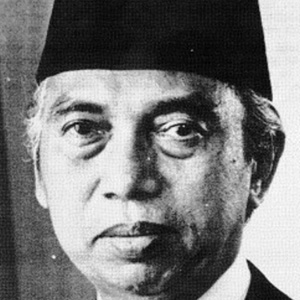 Vice President of Indonesia from 1978 to 1983 and an early trailblazer in Indonesian journalism. He founded the Murba Party after Indonesia became independent.

He served as Chairman of the Indonesia Party in North Sumatra at the age of 17 and campaigned for Indonesia's independence.

He served as the 26th President of the United Nations General Assembly from 1971 to 1972.

He was born to Abdul Malik Batubara and Salamah Lubis who are members of the Batubara clan, a Batak Muslim community.

He served as VP of Indonesia during the U.S. presidency of Jimmy Carter.

Adam Malik Is A Member Of