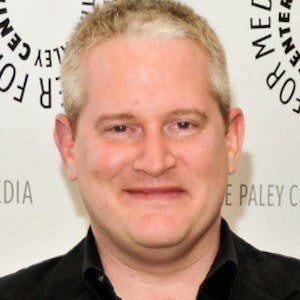 Writer, producer, and voice actor known for creating the show Archer, where he provides the voice of Ray Gillette. He's also responsible for creating Frisky Dingo and Sealab 2021.

After graduating from the University of North Carolina, he eventually made his way to Cartoon Network, where he started out by taking notes on Flintstones episodes while working in marketing.

He wrote a handful of episodes of Space Ghost Coast to Coast in the late 1990s before creating his first major show, Sealab 2021, in 2000.

His sister originally helped him get a job at Cartoon Network.

H. Jon Benjamin was cast to voice the titular Archer.

Adam Reed Is A Member Of