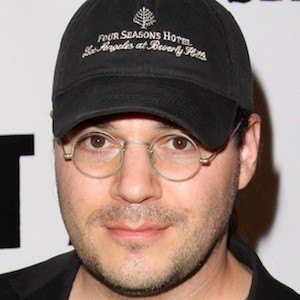 Actor and director known primarily for his family-friendly works like Mousehunt and Underdog. He's also created more adult-oriented films such as Homo Erectus and Night at the Golden Eagle.

He attended The Chicago Academy of the Arts. He wrote, acted, and directed in his first film, Never on a Tuesday, in 1988.

He wrote a draft in 1988 for what would ultimately become the 2001 remake of The Planet of the Apes, although his script went unused.

His mother is Michele Rifkin.

He directed the 2014 film Giuseppe Makes a Movie, which focuses on actor and director Giuseppe Andrews.

Adam Rifkin Is A Member Of