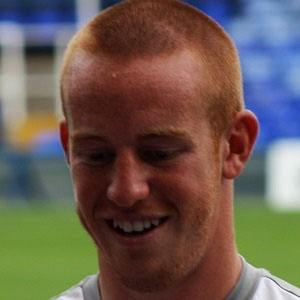 Soccer striker who made his senior career debut in 2006 for Stoke City and spent most of his time there on loan. He'd then join Inverness Caledonian Thistle from 2008 until 2011 and Birmingham City from 2011 until 2013. He played for Oldham Athletic for a season, and then in 2014 he joined Aberdeen FC.

He recorded a hat trick in just his second start at Stoke City.

His brother, Mark Rooney, is also a professional soccer player.

In 2013 he began playing for Oldham Athletic, which is supported by former Manchester United star Paul Scholes.

Adam Rooney Is A Member Of