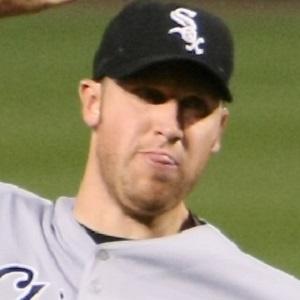 MLB pitcher who began his career with the Chicago White Sox in 2008.

He was a top prospect in the Chicago White Sox system, considered to have one of the best fastballs in the minors.

Acquired by the Baltimores for the 2013 season, he made a series of poor starts with their minor league affiliate right away.

He was born in North Olmsted, Ohio.

He came from the home state of one of the great MLB knuckleball pitchers, Joe Niekro.

Adam Russell Is A Member Of