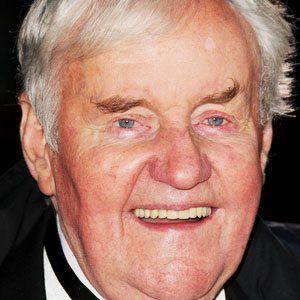 British actor whose career spanned over half a century with roles on Doctor Who Marriage Lines, The Good Life, and Ever Decreasing Circles.

He was a clerical worker and filing clerk for a London cable manufacturer for a short period of time.

He did some voice over work for the popular animated children's cartoon, Bob The Builder.

He was married to Ann Davies, whom he met at Liverpool Repertory Company. They had two children together.

He was in the Gothic film Frankenstein, also starring Robert De Niro.

Richard Briers Is A Member Of

Peter Pan
Much Ado about Nothing
Born In 1934
TV Actors