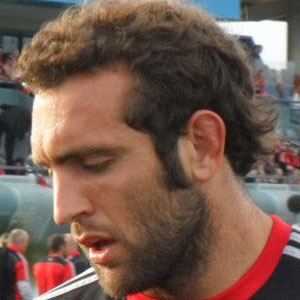 Midfield Back and Wing player for the New Zealand Rugby Union.

He studied at the University of Canterbury.

He played for both the Canterbury and Crusaders rugby clubs.

He was born into a family of New Zealander sportsmen that included fellow rugby players, George, Sam, and Luke Whitelock.

Adam Whitelock Is A Member Of