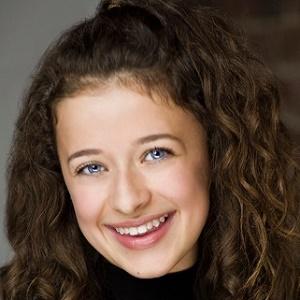 Television and voice actress with a sizable number of credits as just a teenager, some of which include portraying Anne on Annedroids, Hazel in Little Charmers, Miss Elaina in Daniel Tiger's Neighborhood, Lili in My Big, Big Friend, Ella in Ella the Elephant and more.

She appeared in a Leon's Furniture commercial before landing any television series credits.

She cast in a theater production of War Horse at The Princess of Wales Theatre, Toronto, Canada.

She and her sister Kallan Holley, also an actress, were born in Burlington, Ontario, Canada.

She and Jacob Ewaniuk were cast to star in the 2016 animated show PJ Masks.