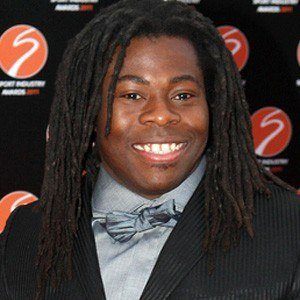 He contracted polio at six months old, which resulted in the loss of the use of his left leg, but didn't deter him from his athletic dreams.

In 2010, he was presented with a lifetime achievement award by the University of East London.

He was born in Maryland, Lagos, Nigeria, but moved to Newham, London, when he was three.

Ade Adepitan Is A Member Of